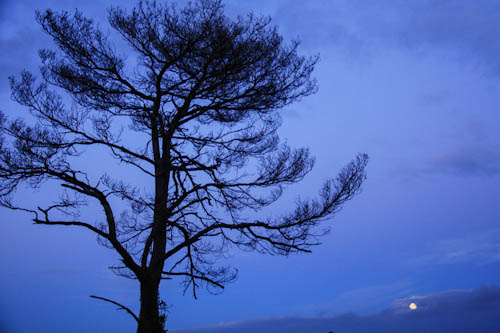 Lough Ree is home to probably the most credible lough monster sighting in the world. Similar to Lough Ness in Scotland, a sea serpent is thought to live in these waters. On May 28, 1960, three priests were enjoying a day’s fishing on the lough when one of them noticed an unusual creature about a hundred yards away. The priests then focused on the creature and began to note its size and features in great detail. The story was recorded in many of the local newspapers and made it onto the international stage when the BBC picked it up. The report says the monster was six foot in length and had a head of about eighteen inches in diameter. Since 1960 there have been a few other sightings by locals and fishermen. There have also been reports of hard knocks and thumps on the hull of many a Shannon cruiser as they have sailed through the lough. So be very careful!

Close to the banks of Lough Ree are a couple of small towns where there are some marina facilities in place. At Cossan Point on the southern tip of Lough Ree, you will find the Lough Ree Inn. This is a bar and family restaurant very popular with cruisers and locals alike. Irish music is regularly played here during the summer months and the marina is generally a hive of activity.